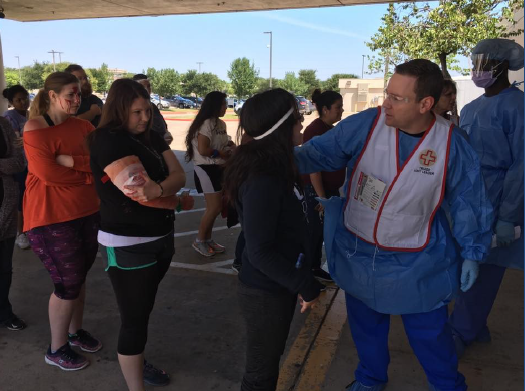 Last May, students from the EADP program participated in the City of Denton Disaster Drill at Apogee Stadium. This year’s event, named “Operation Deimos,” involved a suspicious explosive device and mass casualty event. Approximately 100 students from UNT and TWU volunteered to play the role of “victims” in this event and several lucky students enjoyed flights on the medical heli-copters. This is a wonderful opportunity for our students to see first-hand disaster response in action. We are grateful to EADP alum Mike Penaluna from the City of Denton Emergency Management for providing this great opportunity for our students. 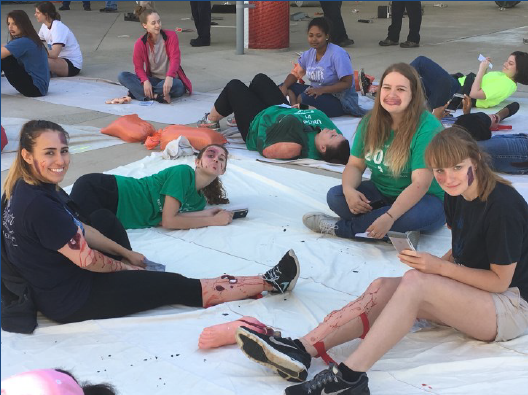 "I played a victim who had been disemboweled by shrapnel. My chance of survival was around thirty percent if I was not treated at a medical facility within two hours. Coming from a military background with several deployments to Iraq and Afghanistan, I was especially interested in seeing how our law enforcement officers would secure the scene and how our firefighters and paramedics would respond to a mass casualty event involving several victims with blast trauma injuries. They responded with speed and precision. They quickly evaluated and triaged patients to determine their priority of treatment and evacuation and by what means they would be evacuated. They did not wait for the patients to be evacuated to start treating them. Treatment began immediately on scene. I saw several combat application tour-niquets (CAT) being used to control bleeding from extremities. They continued treating pa-tients during the evacuation process. Some were evacuated by ground, others by air, and some were treated on scene and released. What was especially great was that the city of Den-ton must 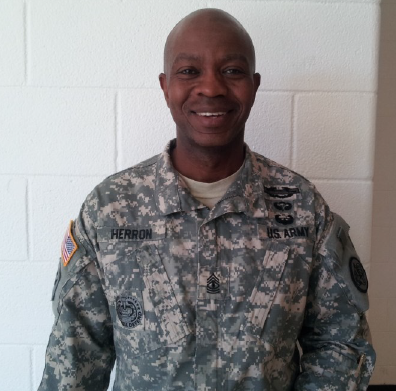 have used a Memorandum of Agreement (MOA) with other cities because there were first responders from other cities who quickly arrived on scene to assist. As a matter of fact, I was transported to Denton Medical City by an ambulance from Sanger, Texas. It was a great learning experience. It allowed me to see all the coordination and efforts that go into planning such an event. Michael Penaluna, the city of Denton emergency manager, was able to pull it off. I would encourage any EADP student who is seri-ous about emergency management to participate in this event or similar events. If there is nothing else that you get out of the event, it is fun to be made up with all the injuries. Go out, enjoy yourself, and learn at the same time. I know I will participate again if given the opportunity."
-Venson L. Herron, EADP major

"I played a victim in an explosion event at Apogee Stadium, where I pretended to be unconscious and blue. While participating, I was given the opportunity to watch responders in action along with all of the challenges that come with responding to a mass casualty event. The first responders used their training to begin sorting out levels of 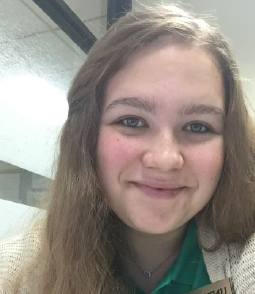 triage, and I was quickly labeled with a red tag. After being assessed by a paramedic, I was soon taken to Medical City Denton. At Medical City Denton, I was registered into the system by a nurse and assessed by several others. Following my discharge from the ER, I returned to the waiting room with all the fellow “victims.” The Denton County Disaster Drill was well put together and performed, treating the disaster as if it was real and the victims as if they were actually in need. It was a great experience to participate in and I not only learned more about the operations during disaster response in emergencies, but witnessed them first hand! I highly encourage all EADP students to participate in the next drill, I know I am looking forward to it!"
-Hannah Taylor, EADP major

This story first appeared in the Fall 2017 issue of The Mitigator, the EMDS department newsletter