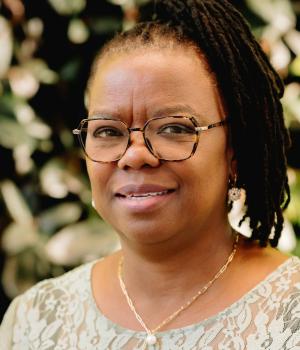 Dr. Ami Moore is an Associate Professor in the Department of Rehabilitation and Health Services at the University of North Texas. She is the undergraduate coordinator for the newly revised Bachelor of Science in Public Health Program. She has recently been appointed the Director for the Center for Psychosocial Health Research after serving on the board since 2005. She was a recipient of HIV/AIDS Fulbright Scholar grant in 2006 and 2012. Moore’s areas of expertise include aging related-issues, HIV/AIDS prevention, health disparities, social demography, and public health education and health promotion.

My research interests have evolved as I go through the different phases of my academic journey. First, as a social demographer, my scholarship focused on the social and economic assimilation of immigrants in the United States. Second, as HIV/AIDS became a global epidemic with great racial, ethnic, social and economic disparities, I began examining the social and structural dimensions of HIV acquisition and prevention among vulnerable populations with a focus on the determinants of disclosure of serostatus on one hand, and caregiving challenges on the other hand. I also, examined health disparities, focusing on the social determinants of health.

Social determinants of health are the diverse factors that influence health from childhood until death. Third, while I continue investigating the social and structural dimensions of HIV/AIDS, I have put more emphasis on health disparity research after earning a Public Health degree. My current research interests center around racial and ethnic disparities in different areas such as clinical trial participation, obesity, disabilities, and mental health. I have also begun to conduct health services research looking at determinants of support for government obesity intervention programs and factors that influence long term care funding schemes.