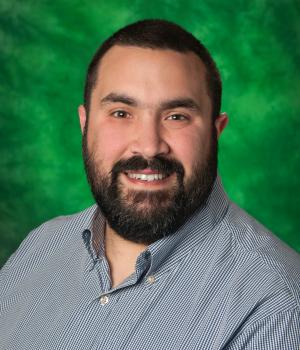 In August 2018, Joseph joined the faculty in the Department of Behavior Analysis at the University of North Texas as an Assistant Professor. He is currently a Board Certified Behavior Analyst and a Licensed Behavior Analysis in the state of Texas. Along with Dr. Richard Smith, Joseph supervises a clinical and research project at the Denton State Supported Living Center. At this project, graduate students have the opportunity to acquire behavior analytic skills related to clinical service delivery as a unit behavior analyst, serve as part of interdisciplinary team, conduct pre-service, new employee training, and conduct intensive clinical intervention as part of a research lab specializing in the assessment and treatment of severe problem behavior.

Thesis: Progressing from Identification and Functional Analysis of Precursor Behavior to Treatment of Self-Injury Ph.D. University of Kansas (2014) Behavioral Psychology

Dissertation: An Evaluation of Variables that Affect Response Variabil

As part of the Behavior Analysis Resource Center, Dr. Dracobly's research interests include the development of robust and clinician-friendly assessment and treatment procedures for severe behavior disorders, relations among responses, including precursor relations and response-class hierarchies, parameters of resurgence, and linking assessment and treatment to both immediate- and long-term goals. As part of the Creativity and Problem Solving lab, Dr. Dracobly's research interests include advances in reinforcement-based procedures for altering response variability, the relation between response variability and novelty, and the role of recombination and generativity in developing problem-solving repertoires.