While radiation therapy is the most common cancer treatment for children under age 10, preparation for it may cause great stress for a child and his or her family.

A child cannot move more than 3 millimeters in any direction during radiation or risk damaging healthy cells near cancerous cells. Pediatric oncologists have routinely sedated children to keep them motionless for the therapy, so a child can't have food or water for up to 12 hours before a session. And therapy sessions are typically scheduled for six days a week, for up to six straight weeks, said Manish Vaidya, associate professor in theUniversity of North Texas Department of Behavior Analysis.

"Radiation itself is painless, generally takes less than an hour during a session and doesn't require an overnight hospital stay. But a child may not completely understand why he or she cannot eat or drink before radiation, and that could negatively impact relationships with parents," he said.

Vaidya has developed an alternative to anesthesia — teaching young patients to stay mostly motionless while awake for radiation therapy using motion monitoring. He is part of a research team working on the project, called PROMISE, or Pediatric Radiation Oncology with Movie-Induced Sedation Effect.

The research is being funded by a $900,000 grant from the Cancer Prevention and Research Institute of Texas. Vaidya is working on the project with four faculty members in the Department of Radiation Oncology at the University of Texas Southwestern Medical Center, and a pediatric psychologist at UT-Southwestern.

Vaidya is currently testing PROMISE on healthy children under age 10 in a child friendly laboratory at UNT. The laboratory has colorful displays of the alphabet, solar system and world map on the walls and a bookcase and toy chest filled with toys.

"The more precisely we can observe behavior of children, the more we can develop applied behavior analysis training to modify that behavior," Vaidya said. "We want to make staying mostly motionless into a game."

He notes that in addition to the frequent need for sedation causing stress for children and their families, the anesthesia may have long-term effects on children's cognitive development.

"Our goal is to get a child through a therapy session as quickly and as stress-free as possible," Vaidya said. "The total time for receiving radiation therapy is usually no more than 30 minutes, so our focus with healthy children is to create very short testing sessions."

Behavior modification to keep children mostly motionless "is a simple solution to make children’s lives easier," said Maria Otero, a UNT master’s student in behavior analysis who is working with Vaidya on the research.

"The idea seemed too logical to not be investigated," she said. 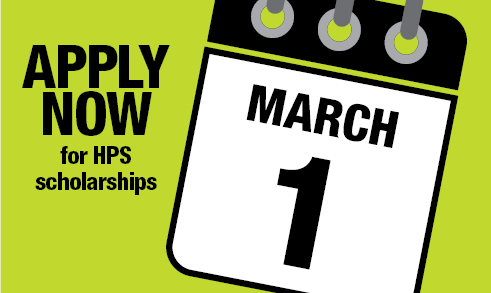 HPS undergraduate and graduate students enrolled for classes in 2018-2019 are eligible to apply for HPS scholarships.

Some scholarships are open to all HPS students while others are available only to specific majors through the academic departments.

Thousands of dollars in scholarships are awarded to HPS students each year thanks to generous support from HPS donors.

Most applications due Thursday, March 1.