Ph.D. student is awarded a scholarship from the American Academy of Audiology Foundation 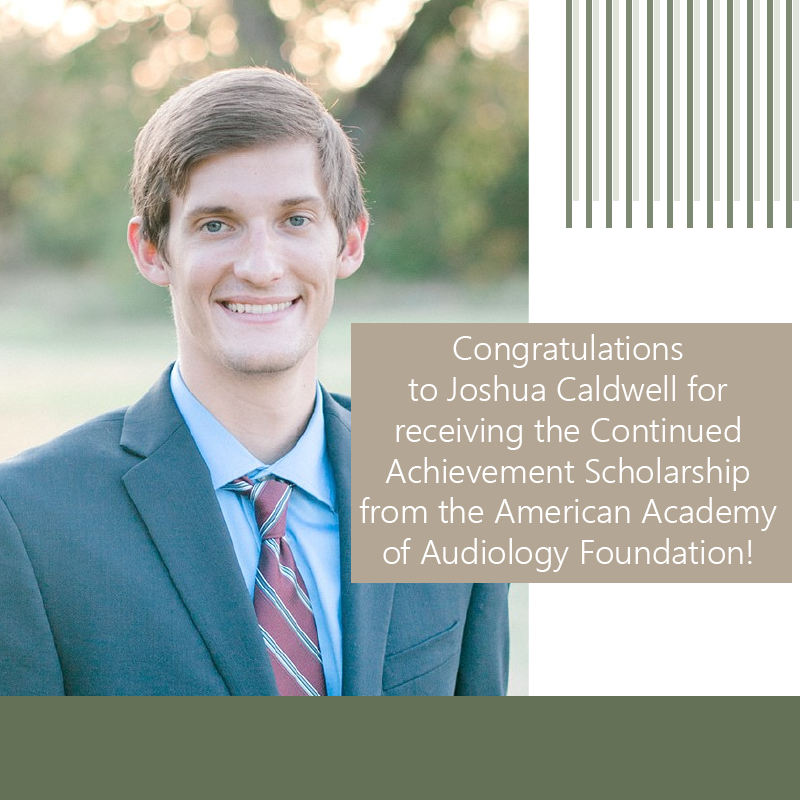 DENTON (UNT), Texas – Josh Caldwell, a third year audiology and speech-language pathology student in the University of North Texas College of Health and Public Service received the Continued Achievement Scholarship from the American Academy of Audiology Foundation. The scholarship was awarded based on Caldwell’s academic record, recommendations and clearly articulated professional aspirations.

The scholarship awarded $2,000 to Caldwell, a financial relief that will help him focus on the two degrees he’s pursuing.

“Last fall I began taking classes for the Ph.D. in Health Services Research program, so my course load, as well as my expenses, significantly increased,” Caldwell said. “This scholarship will help provide financial relief from pursuing two doctoral level degrees and allow me to focus on my coursework and research.”

Caldwell hopes to have a positive impact on others through his career.

“I originally began pursuing an Au.D. because of my sister, who is hearing impaired,” Caldwell said. “I have seen the difference that the field of audiology has made in her life and I would like to be able to have the same positive impact for others with similar disabilities.”

Caldwell found that his interest in research drove him to pursue his degrees.

“While I have enjoyed my Au.D. coursework, I also have enjoyed working in Dr. Gopal's lab as a research assistant,” Caldwell said. “This, in conjunction with my desire to be able to produce research that furthers the field of audiology, led me to pursue a Ph.D. as well.”