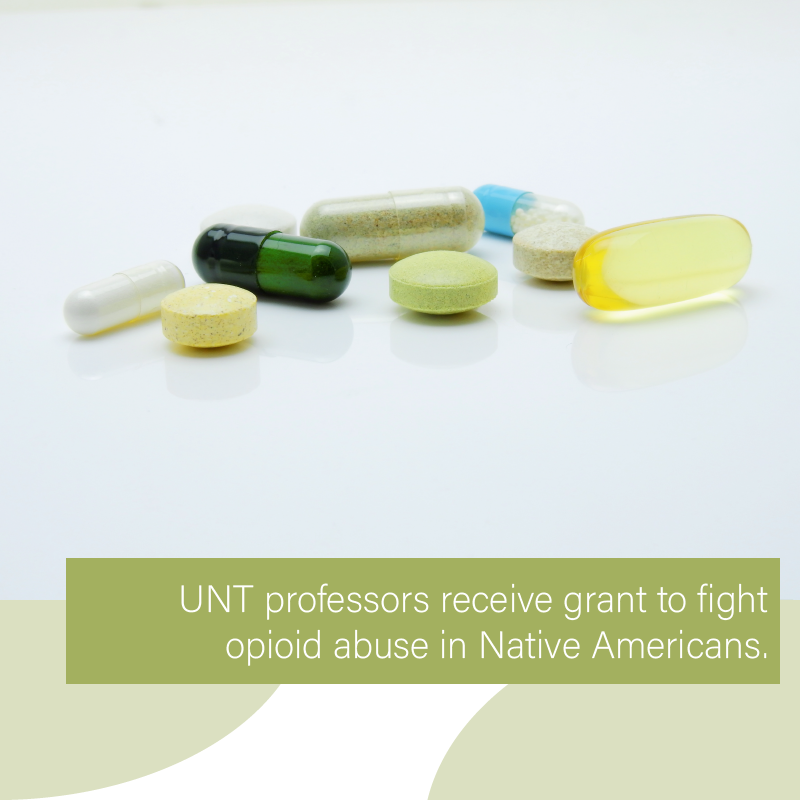 Drs. Stan Ingman and Elias Mpofu of the University of North Texas College of Health and Public Service Department of Rehabilitation and Health Services were awarded a $50,000 grant by the Health Resources and Services Administration to address opioid overdoses among Native Americans in Oklahoma. They are working in partnership with Meharry Medical College in Tennessee, the Principal Investigator of the $200,000 grant, which is split among UNT, Meharry, North East Oklahoma A&M College and the nations of Spokane, Pawnee and Ottawa. The collaboration, called the IMPACT Tribal Consortium, will plan and operationalize models to address and reduce the morbidity and mortality associated with opioid overdoses among the youth and adult Native Americans in Northeastern Oklahoma/Ottawa and Pawnee (North Central) Counties, as well as Eastern Washington/Spokane. They hope to replicate their evidence-based programs in other Native American communities.

The project will run for more than a year so the researchers can complete a detailed analysis and identify opportunities, gaps and barriers in Opioid Use Disorder (OUD) prevention, treatment and recovery services; as well as identify the health workforce within the target rural health provider service areas, and existing federal, state and local OUD resources that can be leveraged by rural tribal communities.

“Native American populations are especially vulnerable to the opioid epidemic – with recent stats showing their population as having the second highest overdose rates among racial/ethnic groups in the U.S., so this research is imperative to saving lives,” said Dr. Neale Chumbler, dean of HPS. “It is an honor to have esteemed faculty whose research will have far-reaching effects on the prevention of opioid addiction and overdoses in this demographic.”