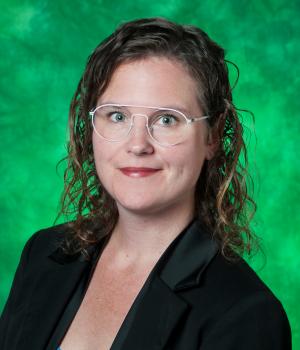 Lauren Ames Fischer is a social scientist and urban planner who teaches courses in the Urban Planning and Policy degree program in UNT's Department of Public Administration. Raised in upstate New York, Dr. Fischer began her career as a community organizer in St Louis, Missouri and has spent the past 10 years working professionally on issues of urban transportation and development. She has taught undergraduate and graduate courses on urban planning, transportation policy, and international governance at DePaul University (Chicago), Columbia University and New York University's Wagner School of Public Service. She holds a doctorate in urban planning from Columbia University where she was a National Science Foundation IGERT trainee in the Fu Foundation School of Engineering and Applied Sciences and served as a research affiliate at the Center for Sustainable Urban Development in the Earth Institute.

Dr. Fischer is broadly interested in the governance of urban development with a particular interest in how land use regulation and infrastructure financing strategies affect neighborhood segregation and cohesion. She is currently completing an investigation of modern streetcar investments in American cities that analyzes the creation, implementation and impacts of new strategies for financing and governing public transit. Dr. Fischer has also recently published on the politics of zoning relief, or the granting of exceptions to existing land regulations and has a forthcoming textbook, Zoning for the 21st Century, that will be released in Fall 2019.

Dr. Fischer loves to travel and can regularly be found taking 'trips to nowhere' (unplanned excursions) with her young family. Immediately before settling in Texas, Dr. Fischer spent three years living in seven cities across six states, personally experiencing the trials and tribulations of urban life across the United States. She loves to hike, swim and spend time outside and is looking forward to exploring the North Texas region once the temperatures drop below 100 degrees.